On 23 November, just a week before the opening of COP 21, the Climate Change Conference in Paris, the United Nations issued a fascinating (and scary) report showing the unexpected toll of climate change over the past 20 years (see here). The author of the report is the UN’s office for disaster risk reduction (UNISDR). Headquartered in Geneva with 5 regional offices, UNISDR is an organizational unit of the UN Secretariat, headed by Margareta Wahlström and tasked to support the implementation, follow-up and review of the Sendai Framework for Disaster Risk Reduction 2015-2030 that was adoped by UN Member States in Japan in March 2015. 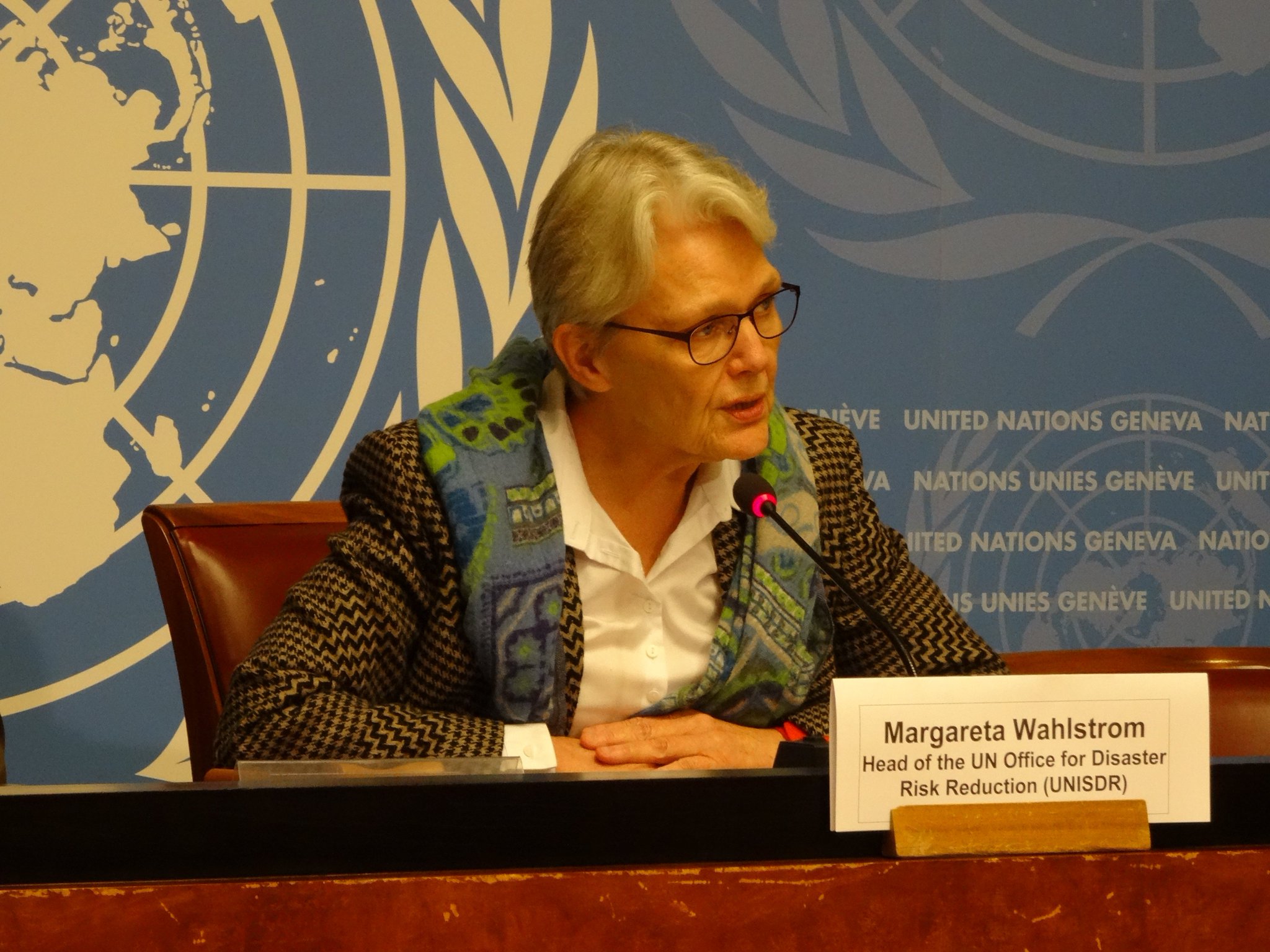 Margareta Wahlstrom, presenting the report. She is Special Representative of the Secretary-General (SRSG) for Disaster Risk Reduction, appointed since 2008. A citizen of Sweden, she started her international career with the Red Cross (1995-2000).

The numbers are mind-boggling. Did you know that over the past twenty years, since the first Climate Change Conference (COP1) in 1995, over 600,000 people have lost their lives and over 4 billion have been injured  in weather-related events? Losses to property are of course commensurate and enormous: 87 million homes were damaged or destroyed over the period of the survey; the total cost of property losses – including from earthquakes and tsunamis – is between US$250 billion and US$300 billion annually (a UNISDR estimate, noting that loss data is systematically under-reported).

Perhaps the most remarkable thing is that weather-related events account for 90% of disasters. We always think of disasters in terms of war and other human-related causes (and of course, those are the worst, on ethical grounds because they could be avoided) and we tend to accept passively disasters caused by climate change.

Yet, there is a silver lining in all this. In the upcoming Climate Change Conference, we have a chance to finally do something constructive. This report proves that, in purely economic terms, engaging in measures to control gas emissions and reduce global warming results directly in lives and property saved. And that translates into an automatic reduction in the costs of controlling climate change. So it’s not a straight exchange, one on one, between economic growth and climate change control. By choosing to curb emissions, even developing countries would find that they are enjoying a better quality economic growth.

And then there’s the moral question. Do we really have the choice of sacrificing lives to the God of Economic Growth and the Golden Calf of Profit?

Comments Off on The Weather War: UN Report Shows Toll of Climate Change