Escape from the Consumer Society: A Conversation with Mike Blue

Mike Blue is a talented writer even if you don’t agree with his philosophy: I don’t and that made for a great conversation between us – reported here on Impakter:

Our industrial society, ever since it began, has spawned fierce critics. Two of the best known lived in America: the transcendentalist Henry David Thoreau and the economist Thorstein Veblen. Thoreau gave us the definitive masterpiece of life in the woods with Walden in 1854. Later, in 1899, Veblen became famous with his Theory of the Leisure Class, a savage critique of “conspicuous consumption” depicting businessmen as modern-day “lords of the manor”. Now, following in their footsteps, we have Michael Blue, a young Australian author who has just published his own addition to the Thoreau and Veblen legacy: The Anatomy of Escape . 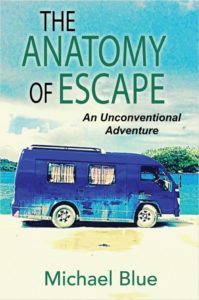 Anatomy of Escape ,book cover. It features the bus named Rosie in which the author lived in Sumatra while writing his book.

This is Michael Blue’s second book, the first was The Consumption Cleanse published two years ago, with  a long sub-title that said it all: “Giving up 13 consumption habits in 13 weeks for a better life and a healthier planet”.

The Anatomy of Escape, by contrast, is more ambitious. It is a crossover, partly memoir describing the high points of his own escape from the consumer society and partly guidebook telling his readers how to do it. In short, how to turn this kind of escape into a sustainable lifestyle.

Over the past year, Michael Blue has shared with Impakter several early drafts while writing his “escape” book. Choice pieces, like the explanation of why dogs always look happy (and cats don’t), the three-legged stool metaphor, or  what we can learn from Easter Island.

I read the book and enjoyed it as much as I had enjoyed his articles for Impakter. But I wanted to know more. His desire to leave behind the consumer society in pursuit of happiness had always struck me as something out of the ordinary. It takes courage to abandon a career and choose to drift across the world.

When he wrote his articles for Impakter he was living in Indonesia, in an old bus converted into a house. Why do it? How to do it? His book provides answers, of course, but I still had more questions.

I got in touch with Mike and discovered that he had abandoned his bus. 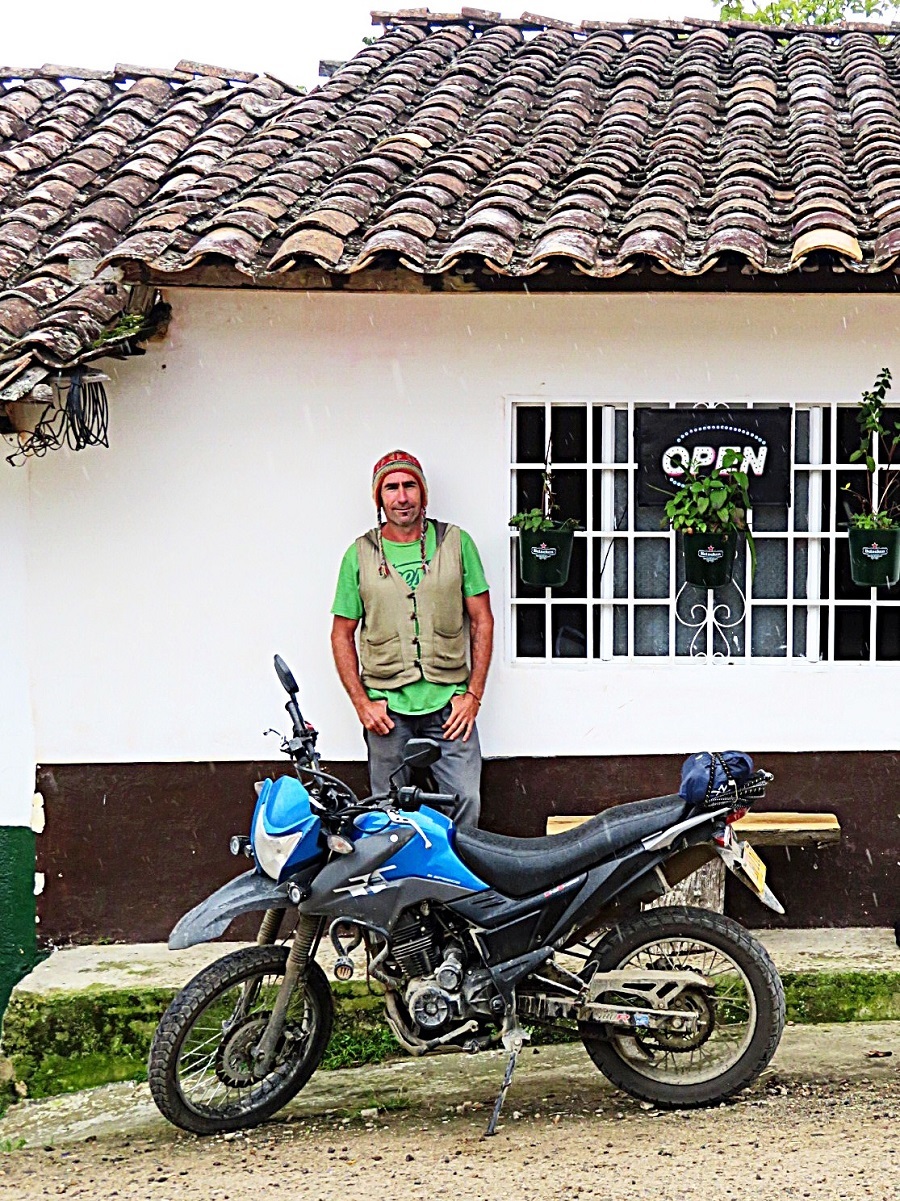 He was now traveling across Colombia on a motorcycle, stopping now and then to write, nestling his computer in improbable places, including eagle nests with breathtaking views of the mountains. Eventually, we managed to have a long conversation that clarified many of my questions and doubts, here are the highlights.

Mike, I just finished your Anatomy of Escape and thoroughly enjoyed it. You have an original way to couch your ideas (e.g. the 3-legged stool! Dogs vs. cats!). It worked even in my case and that’s pretty amazing if you consider that I don’t really share your philosophy, at least not in full. While I share your distaste for the consumer society, I could never do what you’ve done, give up everything, leave behind home and family and live on the road. In short, drop out.

It might at first seem like that’s what I’ve done, drop out, but it wasn’t quite like that. I can see this clearly now in retrospect. Rather than dropping out, I feel like I have climbed out, out of the consumerism trap. And then I dropped in, if anything, to a life that I feel brings me so much more than it once did.

But climbing out of the “trap” as you call it, means giving up the lifestyle of the middle class, that I imagine you were born into. You are an accountant by profession, surely you had to give up a lot?

Comments Off on Escape from the Consumer Society: A Conversation with Mike Blue