What Makes for an Expert Book Review

The joy when a reviewer “gets” your book!

This morning it happened to me and I wanted to share this joy with you. It concerns my latest book, Forever Young, my climate fiction set in the near-future – well, not so near, 200 years from now because that’s the time I figure it will take for mankind to face extinction on Earth. Contrary to most science fiction and climate fiction that set environmental and societal catastrophe at some 40 to 50 years ahead, I wanted to give my novel a chance to be plausible: I really believe this final disaster will require about 200 years to mature…

So here is what Australian author Alana Woods wrote (that’s her picture – not me!): 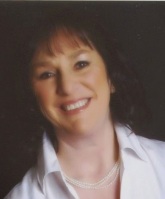 “Some time ago I read Nougat’s short story compilation Death on Facebook, Short Stories for the Digital Age and was impressed with the range of stories and the skill with which they were presented. One that caught my imagination was I will not leave you behind, the futuristic story of a 122 year old woman who is part of an elite program that keeps you young until you die. In FOREVER YOUNG Nougat has taken that short story and woven its premise into a four-part series of short novels I enjoyed reading very much.
The over-arching theme is the approaching doom of Earth from climate change. The story is set 200 years into the future and what becomes apparent very quickly is that humankind never did learn the lessons of what it would take to save the planet. Everyone, including big business, is still only concerned with the present and what they can get out of it for themselves. People are still divided into the have’s and have not’s, only now the have’s—called the OnePercenters—can afford to have old-age and illness permanently eliminated right up until death, whereas the have not’s—the 99PerCenters—continue to struggle as we struggle in this day and age.
The story and struggle is told through three characters who all aspire to be a OnePercenter, highlighting the fact that even in Earth’s extremis we’re still only concerned with what advantages we can garner for ourselves.
You can come away from reading this series feeling a great despair for where we’re heading. The alternatives that the author presents, that of leaving Earth to inhabit a new planet and starting again, or remaining and hoping Earth regenerates itself, are stark contrasts.
A thought-provoking, confronting read.”

The review came as a total surprise and most welcome after I had received an awful review sarcastically titled “the future isn’t futuristic”. For this reviewer, my book “didn’t work at all” because “many of the same technologies that we use today are still prevalent. How many things popular 200 years ago, even 30 years ago are still in use today? It was not a forward-thinking, imaginative conception of the future and I just didn’t buy it.”
Not a “forward-thinking” conception of the future? I was crushed, I felt totally misunderstood. How could this reviewer not see that this was the whole point of my book? The “future” she yearns for does come in Forever Young for the ultra rich but only for them because they are the only ones who can afford the advances of science. Alas, it does not come for the rest of mankind, no one can afford the technological innovations the rich are enjoying!
Is that so unrealistic? I don’t think so. Consider further the argument she makes that many things “popular 200 years ago” are no longer in use today. Quite frankly, that argument doesn’t hold water. Anyone who has travelled in the Third World knows how the poor live, in conditions that are barely better than those prevailing in medieval times, no electricity, no running water, no public transport and only wood or dung to cook.  And billions of people live that way, nearly half of the world’s population lives on less than $2.50 a day, and according to UNICEF, 22,000 children die each day due to poverty.
This is why Alana Woods’ review was so welcome, she “got” it, that social difference between the poor majority and the rich minority – a trend that I think will only be exacerbated if we continue on the road of income inequality on which we have embarked (and I’m not the one saying it, Thomas Piketty is, in his Capital in the 21st Century – I highly recommend reading it).
What fundamentally differentiates Alana Woods’ review from the other one is this: it’s not a customer review that simply states “likes” and “dislikes” (unsubstantiated phrases like “I didn’t buy it”) but a carefully thought-out review that examines the book’s premise and follows how it was developed, critically analyzing it.
I also deeply appreciate Alana’s review for another reason: she is a demanding critic and, as she puts it on Amazon, “I like to choose the books I review.” In this case, she certainly chose my book, I was surprised when she told me she was reading it (she’d picked up the first book in the series for 99 cents) – I was surprised and pleased. Because she is truly a professional writer who knows the art of writing. She is the author of a guide to writing good fiction, chock-full of good advice:

Jason Mathews considers it “the best guide for indies” and hosted her on his site to discuss it with two other authors, Lisa Grace and Samantha Fury:
Alana Woods is not only an excellent literary critic but a remarkable writer in her own right, “the queen of intrigue”. Three of her books are currently available on Amazon, two award-winning literary suspense novels and an intriguing collection of short stories:
If you are wondering why she hasn’t published more books, that’s because she is very demanding of herself. As she puts it: “I’m a storyteller from way back but not a prolific producer like other authors. It can take me years to be satisfied with the quality of a story and my telling of it.”
Right.
To take years to be satisfied with one’s manuscript is the mark of  a careful, professional writer but also of one who respects her readers. It think that’s remarkable and I believe more indie authors should take Alana as an example and think twice before publishing. There are times when I wish I hadn’t rushed into self-publishing and waited for my books to “ripen” until they were ready.
Good writing takes time, and now (I think) I have learned my lesson and no longer publish too soon. How about you? Has it ever happened to you to publish a book only to discover six months later that it could have been better? Have you ever had the urge to revise it and upload a new, better edition?  I plead guilty to having done that and would love to know whether you’ve done it too!

2 responses to “What Makes for an Expert Book Review”